Would You Fire Your Volunteer For This? 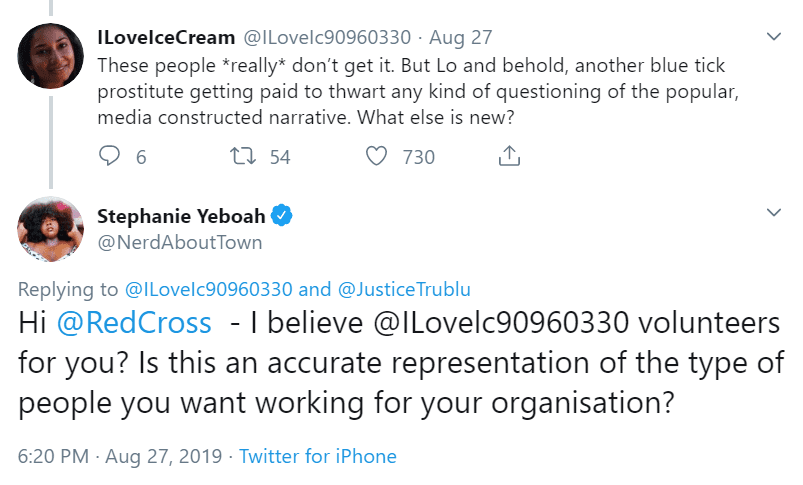 Is name calling online a fireable offense? What if the name caller is a volunteer and not a paid employee- would your answer be the same?

The Rules for Employees

Every organization should have a social media and online policy. That includes the rules of engagement for the person who manages the company accounts and for the personal accounts of employees. This code of conduct needs to be read and signed by each employee.

As a manager, I would give employees a LOT of latitude when it comes to their personal accounts. I can separate office Brad from home Brad. But that doesn’t mean there shouldn’t be a signed policy and suggested rules.

As a general rule: I tell people (when posting online) to consider avoiding these three topics as much as possible: Politics, sex and religion. Nothing good can come of discussing those in a public forum. You’re bound to upset someone and start an online fight, which no one wins.

I understand the importance and I support voicing your opinions and beliefs. I would mention to tread carefully and think before posting. Consider who is reading your tweets and posts- future employers included. But unless the opinions posted by an employee are bigoted, racist, misogynistic, anti-semitic or the like, I’m not going to stop them from posting.

The Rules for Volunteers

Here’s where things can get ‘murky’. They help your organization and are happy to represent it. They spread the word online and may even help to recruit more volunteers or donors. But since you don’t pay them a salary, they have a lot more leeway.

Which is why I took notice of this Twitter exchange:

Last week Stephanie Yeboah tweeted out about Dave Chappelle’s latest Netflix stand-up comedy special (Warning: NSFW). Chappelle discusses “cancel culture”- a boycott of celebs who tweet or post what is perceived to be problematic/offensive content. People call for a boycott and for studios or other employers to cancel contracts and relationships with the celeb. 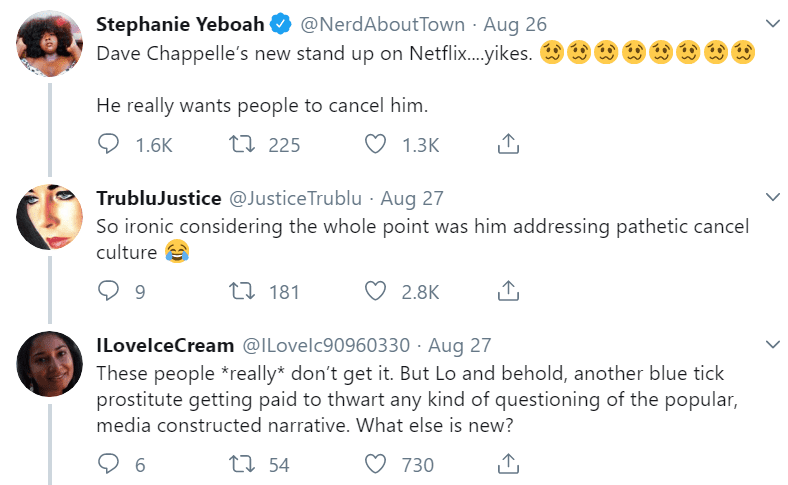 Stephanie’s initial tweet is fine. Expresses her opinion. But the tweet from ILoveIceCream includes name calling, use of the word ‘prostitute.’

If we were discussing an employee, that person’s employer might ask the employee to own it, apologize to Stephanie publicly on Twitter, delete the offending tweet and promise to do better in the future. All that ASSUMING that was part of the social media code of conduct the employee signed at the onset of employment, which covers an employee’s personal accounts. (Every employer can decide what crosses the common decency threshold. Eye of the beholder and all that.)

Stephanie checked the person’s bio and responded with this:

Now what? If you work for the Red Cross, what do you do? Fire a volunteer? Ask them to publicly apologize? Or do nothing, especially fearing the loss of a volunteer who

Stephanie has every right to be furious. She was called a ‘prostitute’ publicly. Stephanie then went ahead and publicly shamed an organization that ILoveIceCream volunteers for. Her way of getting back at the name calling.

I’m not going to judge Stephanie. Some of you will think that two wrongs do not make a right. Others will say she did the right thing: Volunteers represent the orgs they dedicate time and effort to. Why not call out bad behavior?

Note: The above tweet to the Red Cross has since been deleted.

If the Red Cross requires volunteers to sign a form which prohibits this kind of behavior, then the solution would be clear. But if they don’t and volunteers are free to do as they wish, should the Red Cross find the word ‘prostitute’ to be a fireable offense? It is definitely demeaning and degrading. It is name calling.

But firing a volunteer over this? Nope. It’s not racist, bigoted etc. Unless they’ve signed forms and were warned against this type of behavior, volunteers have freedom to do as they please. Plain and simple.

If you want a code of conduct followed, put it in writing and have people sign. That way they are aware of what they can and can’t do online. Procedures should be put in place to deal with issues that arise. But without that, this is not a case where the volunteer should be let go.

What would you do? Let me know in the comments!