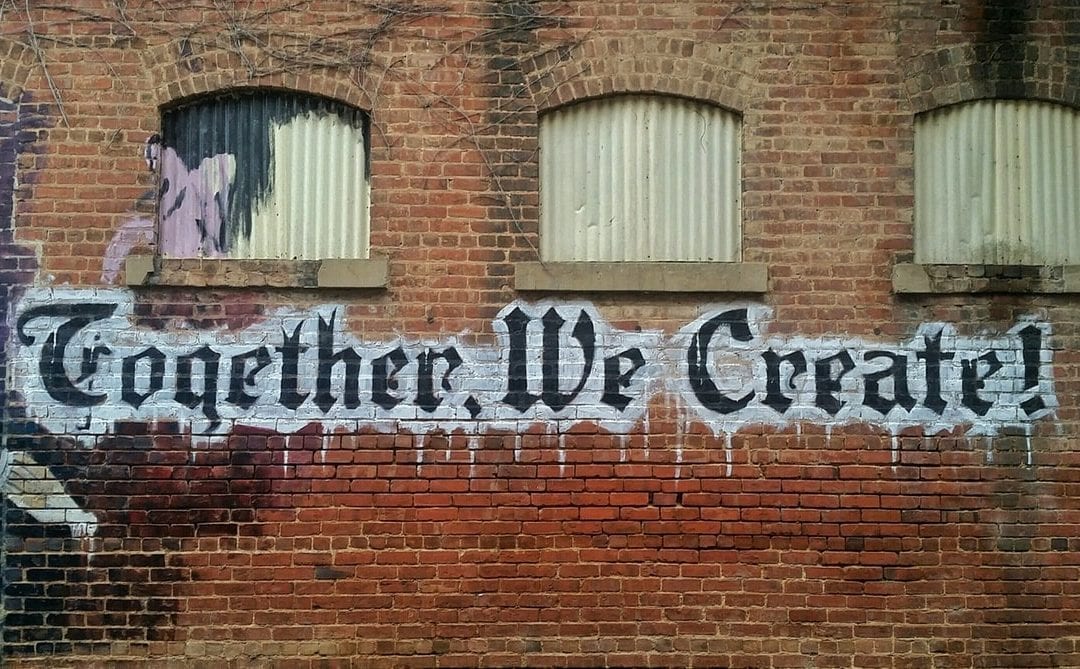 Sometimes, gross misrepresentation offends and hurts. But if it opens our eyes to how others might be viewing us…

The nonprofit sector can get very defensive as a whole when outsiders attack it or call into question its practices. We’re overworked and underpaid and public criticism leads us to feel like we’re underappreciated. We’re working our asses off on shoestring budgets to help those in our community that have been left behind- and you’re questioning what we do?! 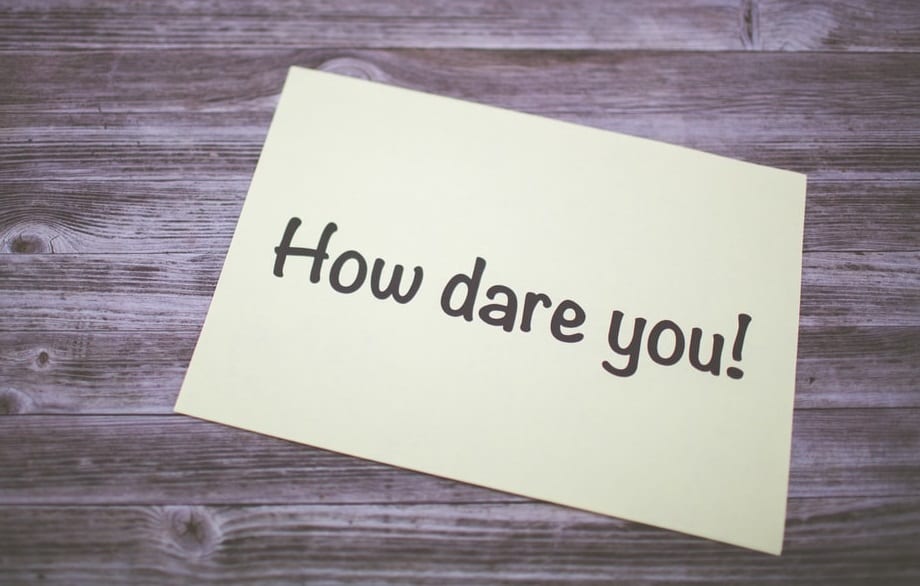 Photo by Markus Spiske on Unsplash

Actually, as hard as it is to read criticism, we should stop for a second and see what lessons we can learn from it. How we can improve our organizations. We don’t always have to answer what we consider to be “unjustified negativism” but scoffing and sneering isn’t the right response either.

Overhead?! You Kiddin Me?!

In a recent op-ed in the Irish Times, journalist Patsy McGarry let his feelings be known about the nonprofit sector and its fundraising practices during the holiday season. There were three parts to his post which we should examine:

“It’s that time of year when thou mayest on TV behold very many images of human misery, particularly the pain of wide-eyed children, as legions of charities seek funding for their administration, staff, and advertising costs…”

Read that last part again. If you’re a nonprofit lifer, I’ll assume your eyes just rolled out the back of your head.

Nonprofits very, very rarely receive donations intended to cover overhead (“administration, staff and advertising costs”). We have to fight tooth and nail and often get creative to have funds available to pay overhead. Funders many times cap how much overhead they’ll fund in a grant.

Worse yet is that many nonprofits of all sizes are severely understaffed. Everyone is underpaid. So what the heck is Patsy talking about?!

It’s not just perception. We have a problem in that we’re always telling people how low our organizational overhead is. So of course when people view us from the outside, they’re calculating what percent of their donation is paying the CEO’s salary.

As Vu Le suggests, let’s change the narrative! Talk about outcomes and how we’re achieving them, how our work is impacting the community. Show people how their small donation of X led to great result Y. Tell each donor an individual story of triumph. Give them that good feeling and they’ll come back for more.

If your pitch comes down to dollars and cents (“overhead is almost non-existent!”) it’s no wonder that people will always view your organization through the lens of money and nothing else. 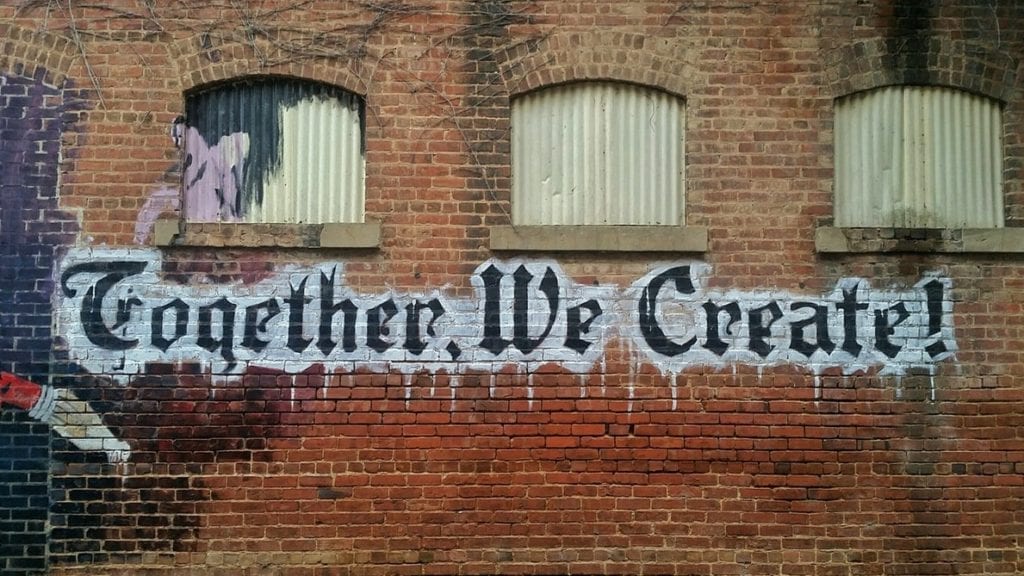 Photo by “My Life Through A Lens” on Unsplash

Patsy continues: “It is that time of year when people are harried and harassed by distressing images of human suffering, a sort of misery-porn, the better to relieve them of their cash even as they struggle to see themselves financially through Christmas and new year…”

It would seem that charities in Ireland prefer to use gloomy images to raise money, rather than smiling kids and beneficiaries. Showcase the sadsies and they will give. (Not only will they give but donors will deprive their own kids of joy this holiday season!)

I remember the videos of Sally Struthers in the 80’s raising money for starving children in Ethiopia. But that’s only the “before” picture. What about the “after”? Why can’t we show a smiling child whose life is improved because of a donor’s generosity? 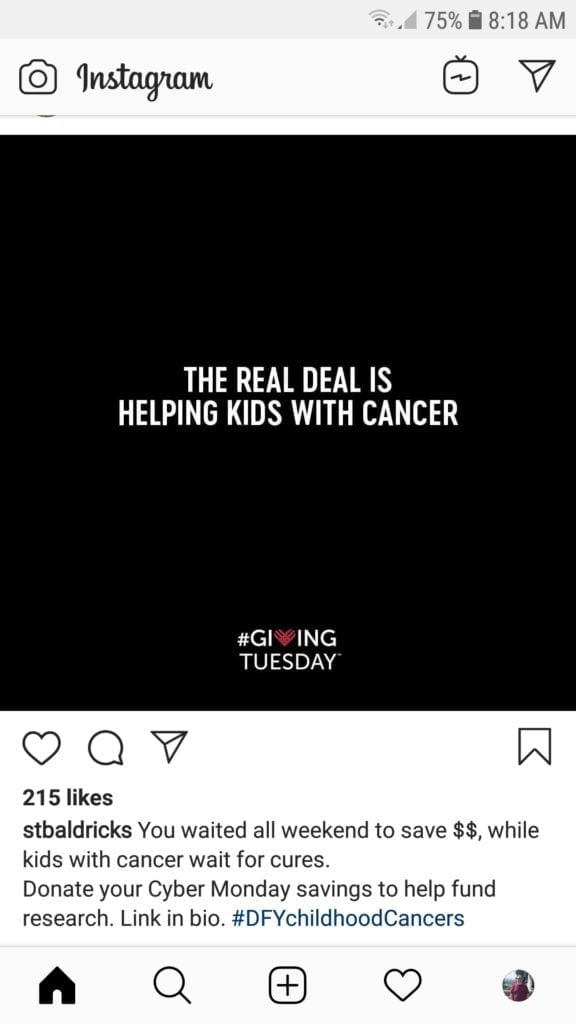 Rather than making donors feel bad about spending money on Black Friday, make them feel good!

It seems to me that Patsy has seen a lot of misery focused ads. A picture is worth a thousand words but it’s also there to evoke a feeling. Sure, compassion is important but what about a happy picture which brings joy to a donor’s heart and a smile to their face?

As nonprofit pros, we live and breathe the hardships that our beneficiaries are experiencing. As much as we want to transfer that to our donors, we have to be aware of the negative effects a constant stream of bad news has. The holidays are a time to be merry- tell your story! Let’s celebrate our accomplishments and share the happy moments with our followers.

He’s Right On This One

“Why does Ireland need seven major charities dealing with homelessness…Why does it need 48 separate agencies in the area of suicide prevention/bereavement, with 13 doing so exclusively?… Ireland doesn’t need such over-supply in any of these areas. Each has become its own little empire and must raise funds to supplement what it gets from the state to pay staff, its administration and fund-raising costs.”

Let me tell you a story I heard at a conference in Israel years ago, from Professor Hillel Schmid, an expert on philanthropy. He was talking about a Parliamentary meeting which aimed to distribute funds to nonprofits.

You get the picture. Professor Schmid’s basic message was this: There’s too much overlap in the nonprofit sector. There’s X amount of donor dollars out there and too many organizations vying for a slice of the pie.

Patsy McGarry is giving us great insight into how donors view the many issues confronting society. No one says competition is bad; let donors decide where to give their money. But if the public feel money is being wasted because too many organizations are offering identical services, why should they donate to what they’d consider to be excess?

I live in Israel and Israel has one of the highest- if not THE highest- number of nonprofits per capita. Yes, better marketing to differentiate would help. But the fact is that mergers would as well. Joining forces and using the collective power of the group might be a better way to cure some of society’s ills. Is it the ultimate solution? Not necessarily but it SHOULD be discussed and considered.

For those readers who think I’m all talk, I have also walked the walk. I know all the reasons why not to. But as the number of households giving decreases, nonprofits have to discuss ways not only to survive but also to thrive.

Patsy’s article may infuriate you but there’s what to learn and discuss. Until we get into the heads of our donors and know how they think; until we understand how people view our marketing and ads, we’re not going to successfully raise the necessary funds.

Do you donate to the nonprofit you work for or consult for? I just launched a survey which will look at internal giving programs- how they’re conducted, how employees/consultants give to them and attitudes towards them. I’d appreciate if you could take 3 minutes out of your hectic schedule to fill out the survey. Doesn’t matter what role you fill at your organization/company. Thanks in advance!