Trust from your donors. It’s earned, not a given.

However, some of the tactics used to build that trust are problematic. Part of the problem lies in how nonprofits market themselves to donors and foundations.

Which brings me to overhead and one of my biggest pet peeves about the sector.

Show Where The Money Goes

This article discusses how to build trust with donors online. Everything is good and fine except for the section titled “show where the money goes.” I agree with the article’s author that one should share with donors and funders a breakdown of expenses. Transparency is critical to building relationships and trust with donors.

However, to illustrate the point, the article chooses a graphic from the WE Charity in Canada.

On the WE website, above this graphic it says: “WE Charity prides itself on keeping its fundraising and administrative rate as low as possible.”

And therein lies the problem. This graphic isn’t about transparency or building trust. It’s about telling donors and funders that the charity keeps overhead costs to an absolute minimum.

Why is that important? Less overhead means more funds diverted to service recipients. The charity prides itself in using max funds to help more people in the community.

Let’s look at another example. Doctors Without Borders, an organization doing superb work in some of the most conflict-torn parts of the world, posts this graphic on the bottom of almost every email they send subscribers:

Again, sounds great! A mere 1% of the money they raise goes towards management and general expenses.

Here’s my message to all organizations who do this:

Do you know what less overhead really means? It means

Want to know why there’s huge turnover and burnout in our sector? Because salaries suck. Because CEO’s don’t want to spend for fear of angering or turning off a donor, funder or corporate sponsor.

Organizations that proudly display on their website and emails that “93% of all money raised goes to beneficiaries” are telling the public: We know there’s huge turnover. We know our employees can barely make ends meet on what we pay them. But hey, at least we didn’t “waste” your donations on proper salaries.

Release them to make donors and foundations happy because overhead is so low? Nope.

Say It Loud, Say It Clear

The time has come for nonprofits to say proudly and clearly:

“Yes, we have overhead costs. Just like every other nonprofit and for-profit. It costs money to keep the lights on. It costs money to run the programs, manage the volunteers, answer the phones and emails, raise money, purchase office supplies, maintain a website, print brochures and appeals and much much more.

Our most important asset? Our workers! They give their blood, sweat and tears 365/24/7 to provide services for as many people as possible in the community. We will not pay them wages that are far below market value in order to make donors and funders feel good about not “wasting” their money.

Helping to fund a livable wage is NOT a waste of money! Just the opposite: A properly compensated worker brings a better attitude to work. A worker whose salary pays the bills at home will stick around longer which helps the long-term success of the organization.

Our goal is to help you, dear donors, solve problems in the community. Low wages and low overhead only create more problems. It turns employees into service recipients.

That doesn’t help anyone.” 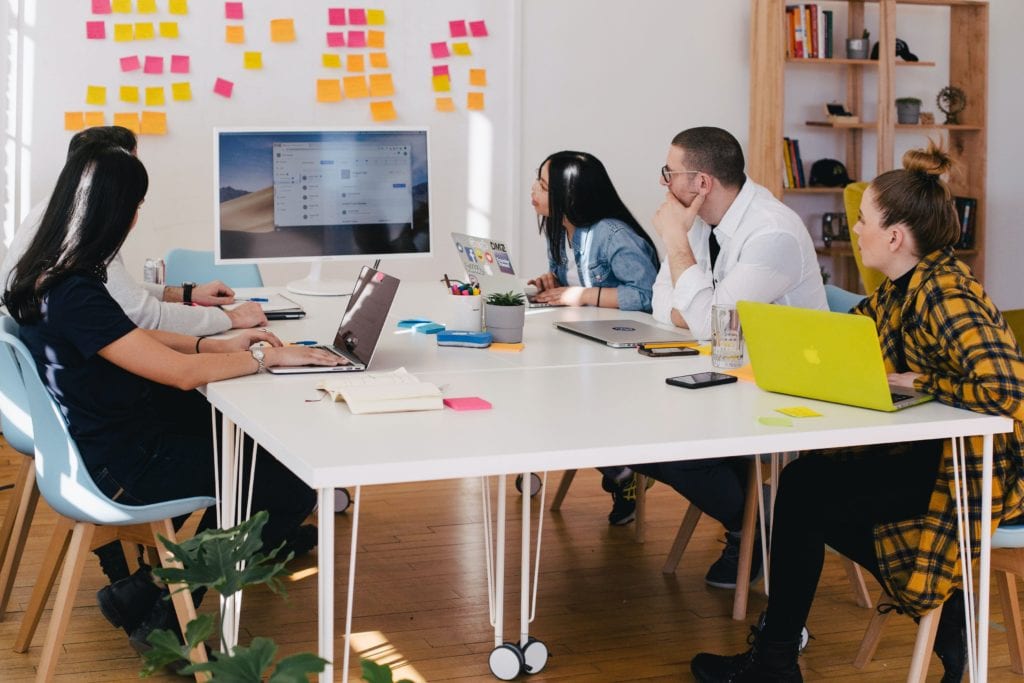 Photo by Leon on Unsplash

Ask any grant writer what happens when a foundation caps overhead at 15% and the organization is applying for a program with high overhead. They play with the numbers. Move things around. Anything to keep under that 15% threshold.

Why does that 15% exist? Because foundations want to pay for services, not salaries. Plain and simple.

Now ask the foundation staff: Can one do all the programming without staff? Nope. So why the reluctance to pay for salaries? Because.

Funders and donors have demanded that nonprofits keep salaries low so more funds go to those who need it most. Again, sounds reasonable. The facts? This has had disastrous effects on the sector.

Overhead is not a dirty word. Nonprofits need to start communicating with donors how staff is helping donors solve a problem in the community. How staff are able to create lasting change. How staff are the reason why success is possible.

Time to change the discussion. Enough is enough.

Release your financials. Just refrain from displaying your pride at how low you keep your overhead costs. You’re shooting yourself in the foot.