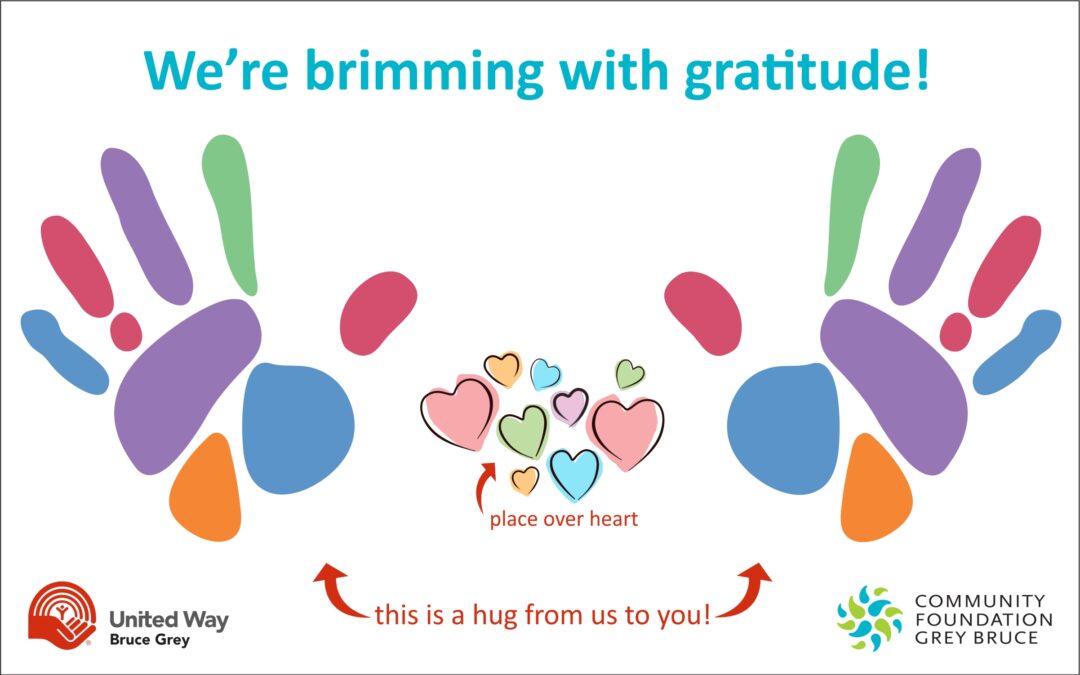 But just because I dislike how nonprofits currently use the day doesn’t mean I think you should simply not participate in tomorrow’s festivities. No no. I have another idea for you, one that will raise you MORE money from MORE donors for a LONGER period of time. Welcome to Gratitude Tuesday.

Giving Tuesday- What It Should Have Been

“Giving Tuesday was created in 2012 as a simple idea: a day that encourages people to do good.”

Not a day where organizations bombard people with emails asking for money every few hours without giving thanks (and those emails start a week BEFORE Giving Tuesday). It’s not meant for nonprofits to use the day to ask, ask, ask but their storytelling leaves a ton to be desired.

It’s a day where people should be encouraged to do good. Volunteer time. Go out and check in on a neighbor. Head down to the local park and clean it up. Deliver much needed items to a homeless shelter.

It’s also a day when NONPROFITS should be doing good.

Sadly, nonprofits have taken the word “giving” literally and now use the day solely to raise money.

And then starting the day after, they’ll bombard people again with year-end fundraising appeals.

Le sigh. We can do better. And some organizations are.

So what is Gratitude Tuesday?

Some nonprofits have decided to use tomorrow’s nonprofit holiday as a way of saying thank you to their donors and supporters. But not just a generic thank you. A heartfelt, genuine outpouring of gratitude.

The goal? Show donors they matter. Let them feel the love. Let them see or hear about the impact they’re making in their community.

If your communications with donors is centered around asking, you’re doing it wrong!

Here are two examples of nonprofits who use Gratitude Tuesday as a day of appreciation for supporters.

Here’s the postcard they sent their supporters in the mail: 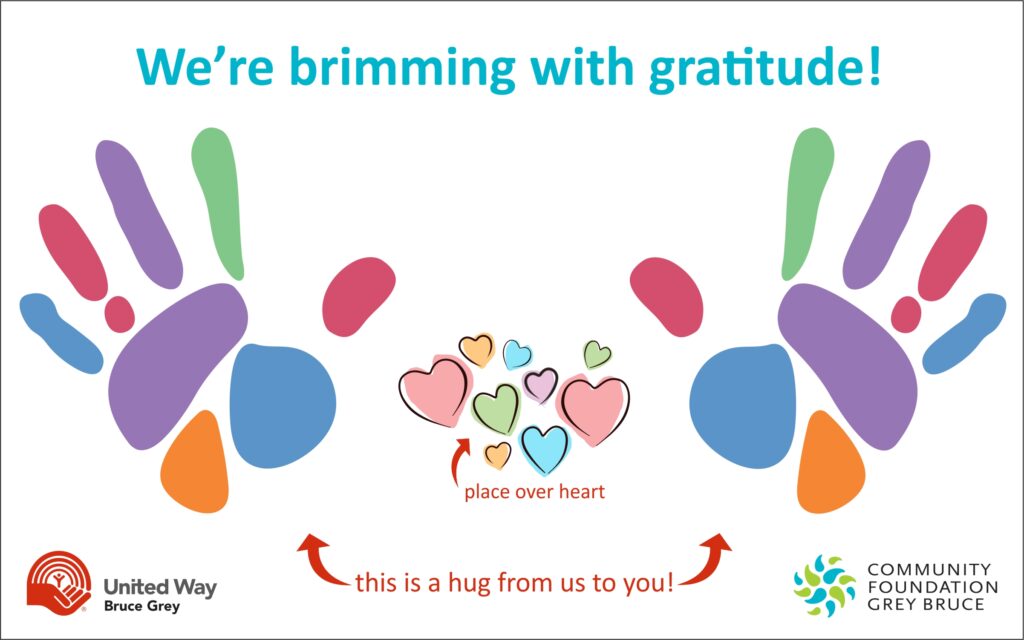 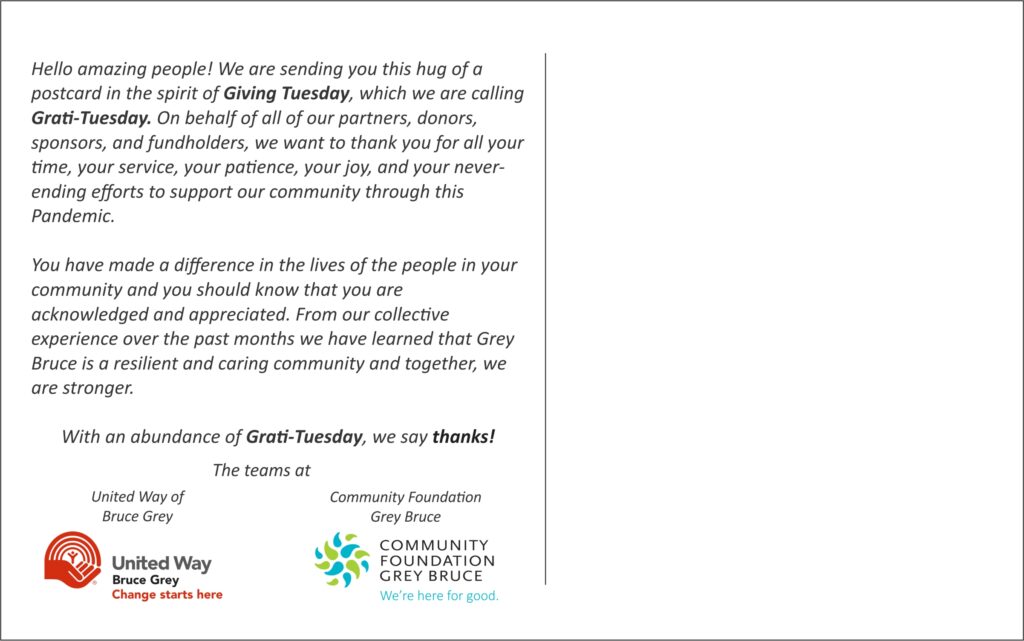 The United Way of Bruce Grey is a small rural charity in south-western Ontario, Canada. They are dedicated to moving people from poverty to possibility, building strong, inclusive communities and helping children be all that they can be. They serve vulnerable populations through front line programs and by supporting like-minded local agencies which have specialized expertise with seniors, the hungry and the homeless, at-risk youth, support for abused women, mental health support and more.

I asked Francesca Dobbyn, their Executive Director, why they decided to use Giving Tuesday as a day of gratitude. “With the pandemic still ongoing, doing a Giving Tuesday event wasn’t possible. We are also seeing a lot of exhaustion in the region and realized that saying “thank you” is a Giving Tuesday action. Grati-Tuesday comes from our love of word play in our office. “

It’s a simple but heartfelt thank you to donors. A postcard that’s both visually pleasing and shows donors how much they are appreciated.

This is how you do Giving Tuesday!

Adam Clevenger, a fundraising consultant, shared this on Twitter a few years ago: 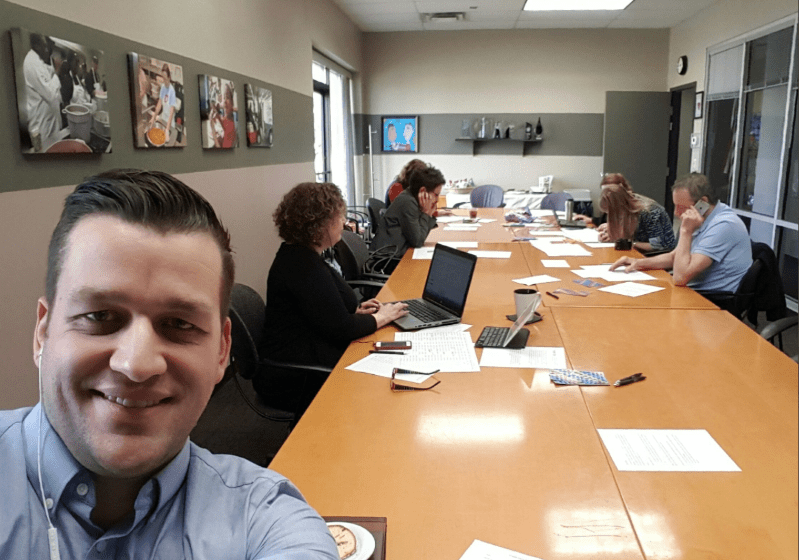 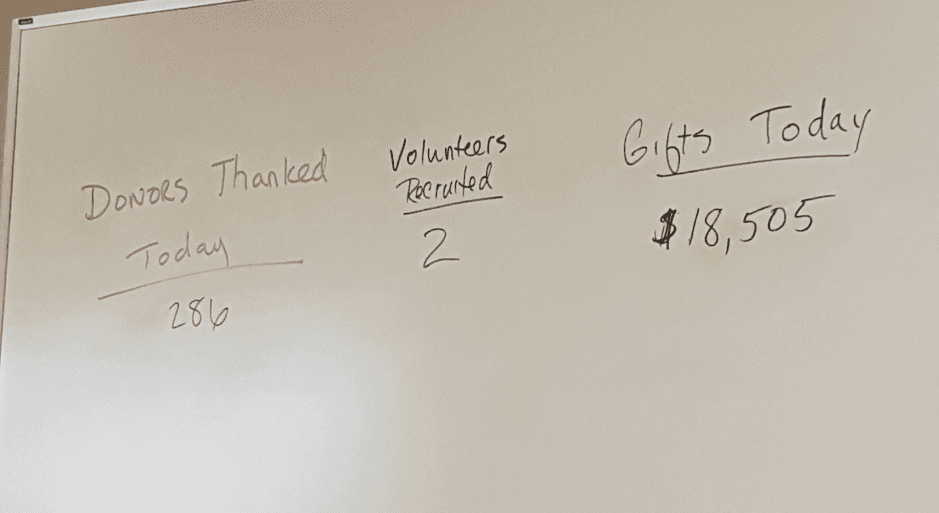 Rather than asking, Second Helpings conducted a phone-a-thon to thank all their donors and supporters for giving.

In the first picture, you can see Adam and the Second Helpings staff busy on the phone. But for me, the second picture is more important: They kept a running tab of the stats from that day. They made phone calls to say thank you without a fundraising ask.  Yet they picked up a couple of new volunteers and $18,505 in donations!

Imagine that. Donors were so happy to receive a simple phone call saying thank you that they were moved to make a donation.

Your organization is going to spend a LOT of time, effort and money over the month of December asking for money. Year-end appeals are big for nonprofits: 31% of total annual giving occurs in December and 12% of all nonprofit giving occurs in the last 3 days of the year.

If donors respond to your appeal, you need to know that a donation is not the end of the road. It’s just the beginning. Which is why there’s a LOT riding on how you thank donors.

Fundraising expert Dr. Adrian Sargeant says, based on his research: “The thank you is the single most important piece of communication that your donors get. They have a higher recall of it than the appeal that generated the gift.”

On Giving Tuesday, everyone feels bombarded by asks in every direction, especially email and social media.

But if your organization celebrated with Gratitude Tuesday, your supporters would remember that. They would appreciate it. And their recall of that special thank you will be helpful when your year-end appeals arrive in their mailboxes and Inboxes.

They’ll be more likely to give. A win-win.

Year-end fundraising is here! Your organization will be prompting people to donate online. But is your online donation form user friendly? Does it help or hurt your fundraising? Sign up today for my Online Donation Form Boost so you can raise more money from more people.