The Tip Top Of Social News 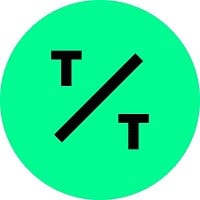 I spend a decent amount of time each day on Twitter. For me, Twitter has become my main networking channel, as well as where I get the latest world, sports, political, marketing and communications news. I follow a wide variety of accounts, so my feed contains a constant stream of information that I learn from and which keep me informed on the latest and greatest.

On December 18, 2017, I saw the following tweet from Mike Bloomberg and was intrigued:

One Twitter account that would inform me about what’s going on- via video. I followed from the get-go and have not been disappointed.

What Video Should Be

When creating news videos for your audience, you need to make sure the video is:

Having watched hundreds of their videos over the last 15 months, Tic Toc’s execution of the VISIT video formula is perfect.

Tic Toc Gets It Right

Tic Toc understands the Twitter platform, uses it smartly and ensures its videos are edited to meet the needs of the audience. The breadth of topics they cover in a given day and the information they disseminate is amazing. The text layovers provide the information you need to understand what you’re seeing.

Just two weeks ago they tweeted videos about: America’s most expensive train commute, the Michael Cohen testimony, VR, space exploration, the Gap, Tesla, Puma, ending Google’s forced arbitration for employees, charging stations for cars, the decreasing consumption of beer in the U.S. (what?!), the five healthiest nations on earth, lava hunters, bees and butterflies and much much more.

No matter what time of day it is, I always know there will be a short, informative video from Tic Toc in my feed on the widest array of topics possible. Like with all tweets in my feed, I watch those videos I’m interested in learning about. But covering so much means they can appeal to the widest Twitter audience possible.

If you’re not following them, I highly suggest you do. You’ll learn, you’ll be more informed and most important: You’ll see how scientists taught honeybees to do basic math using colors. Fascinating!

P.S. If Instagram is more your jam, guess what? They’re using video there as well and it’s popularity is growing because of how effectively Bloomberg uses the platform.