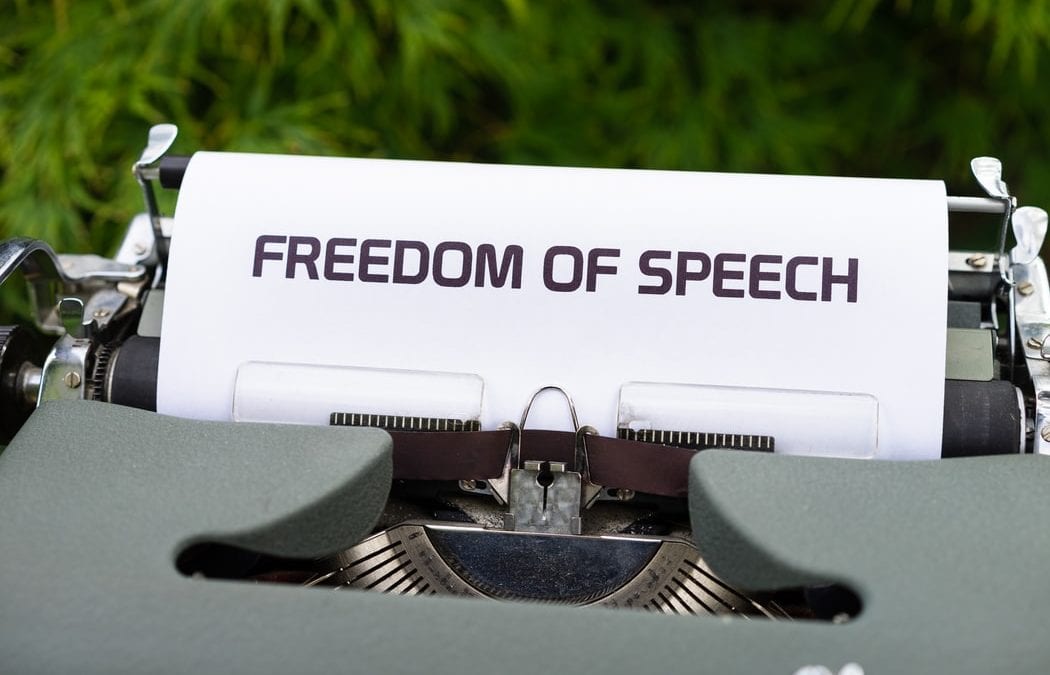 I spent most of last week in Twitter jail. The reason? Sarcasm and a robot’s inability to detect it.

But after 3 long, tweetless days, I was let out. Well, not exactly.

I had appealed Twitter’s decision to flag my tweet and was willing to wait out the process. No way to know how long it would take their robots to review my appeal. Or as my friend Tzvi said: “One robot has to correct the mistake of another robot.”

Didn’t happen. The appeal was denied. 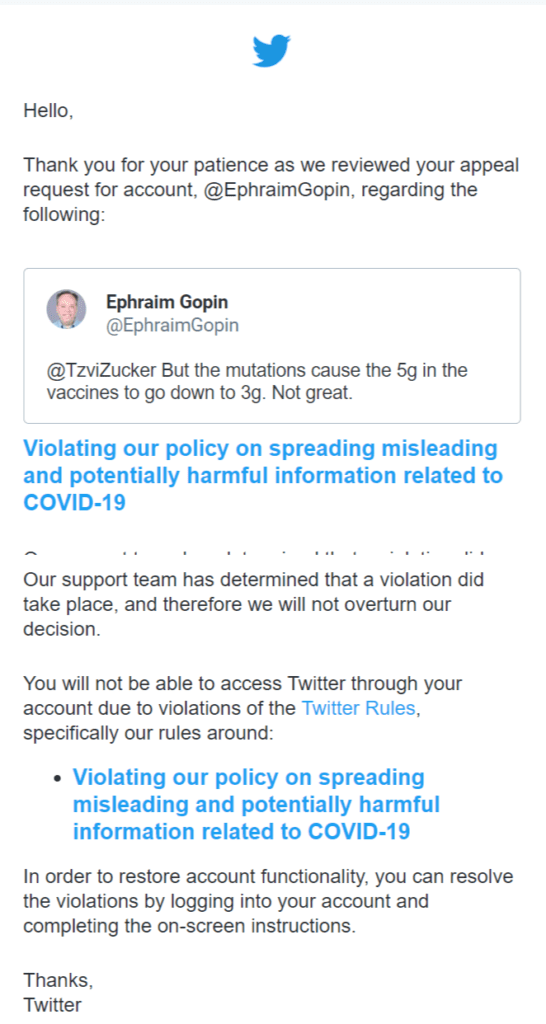 Which left me with this: 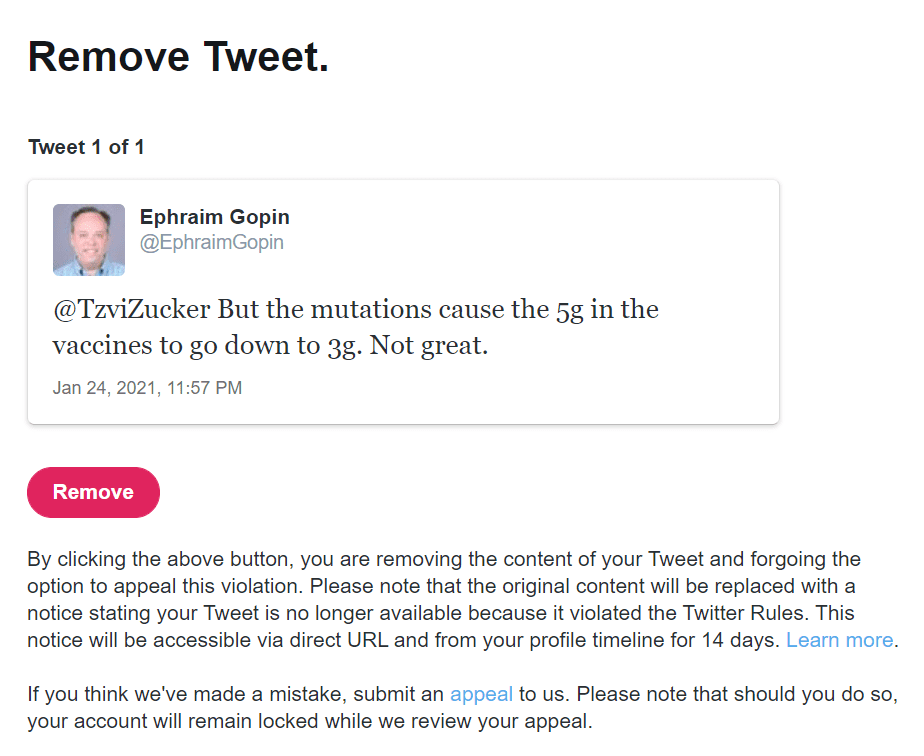 I could appeal again (and be denied again) or I could just delete the tweet and move on with life. Which is what I did. I was back in my fun zone. 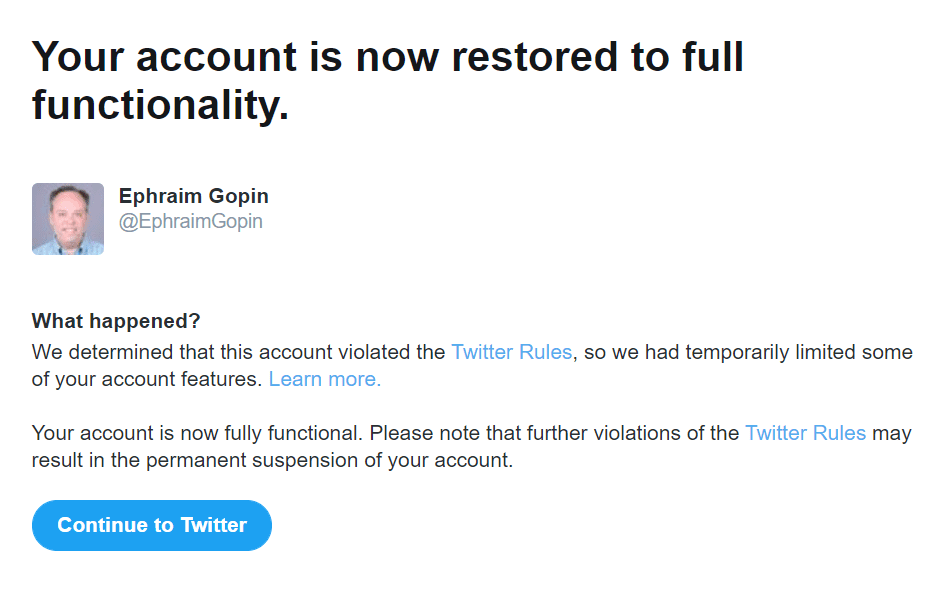 Side note: Turns out, the day before I was let out of Twitter jail was my 10th Twitterversary. One full decade on the platform and I couldn’t even celebrate properly.

Now that I’ve been through this process, two things have changed:

With all that said, I went through the appeals process because I’m a big believer in #AlwaysBeLearning. Now that I’m done, let me share with you some lessons that apply to your digital strategy.

Your organization has a social media strategy, right? I’m hoping so. Part of that strategy are the guidelines. Those guidelines should include rules for what you post but also how you engage and what people can post at/to you.

Let me share with you some rules learned from what happened to me. 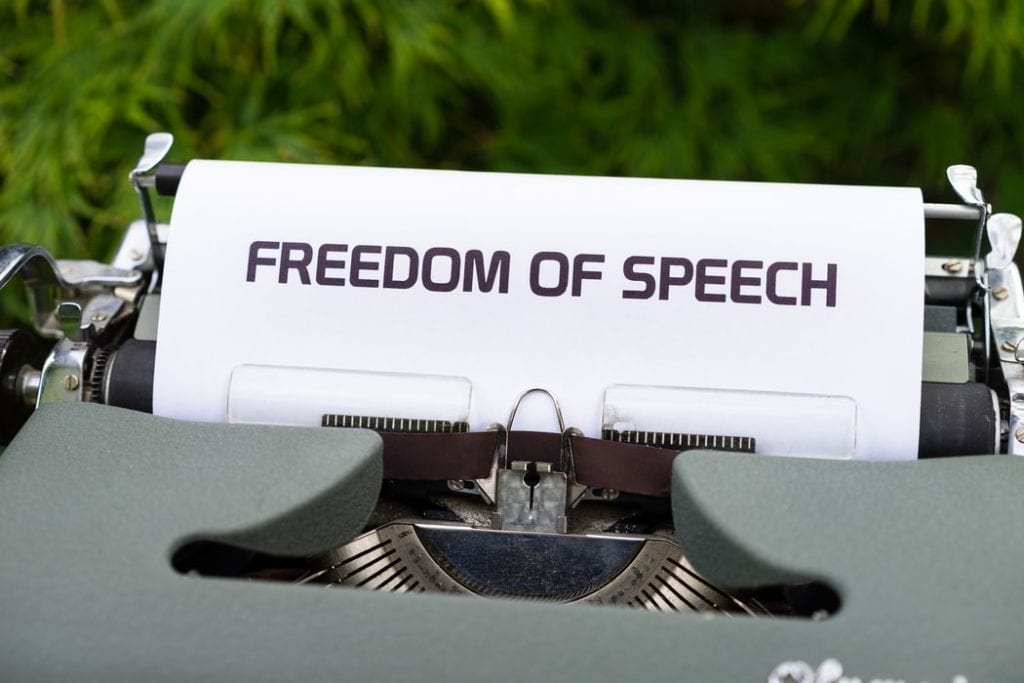 Photo by Markus Winkler on Unsplash

The fact is that your organization has a human managing your accounts. So although a robot detected my sarcasm as a violation, you may not. You can understand the difference between snark and sarcasm and comments which violate the rules. Sometimes there’s a very fine line between the two but you’ll use common sense and best judgment. Which a robot doesn’t have.

In the meantime, I have more respect for humans who have to sift through thousands of posts daily and decide which do and which don’t violate the terms of service of platform X. It’s not all done by robots. And it’s not always easy to detect sarcasm and context.

Compose those guidelines. It’ll save your organization a lot of time, energy and unnecessary fights.

I help nonprofits build relationships and raise more funds so they can increase program offerings and assist more service recipients in their community. If your fundraising and marketing need an upgrade, let’s talk! Together we’ll ensure your marketing is helping and improving your fundraising efforts.